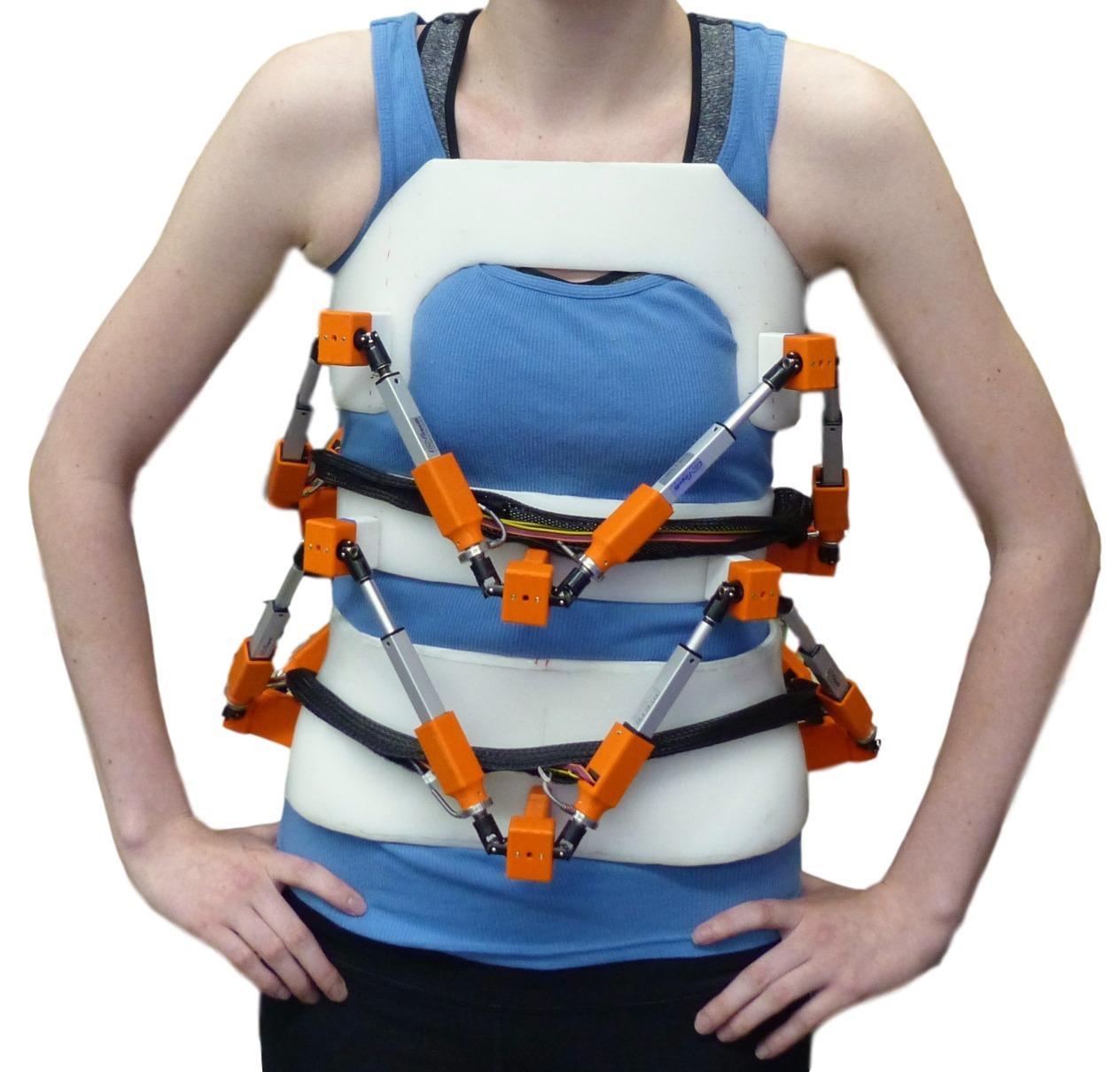 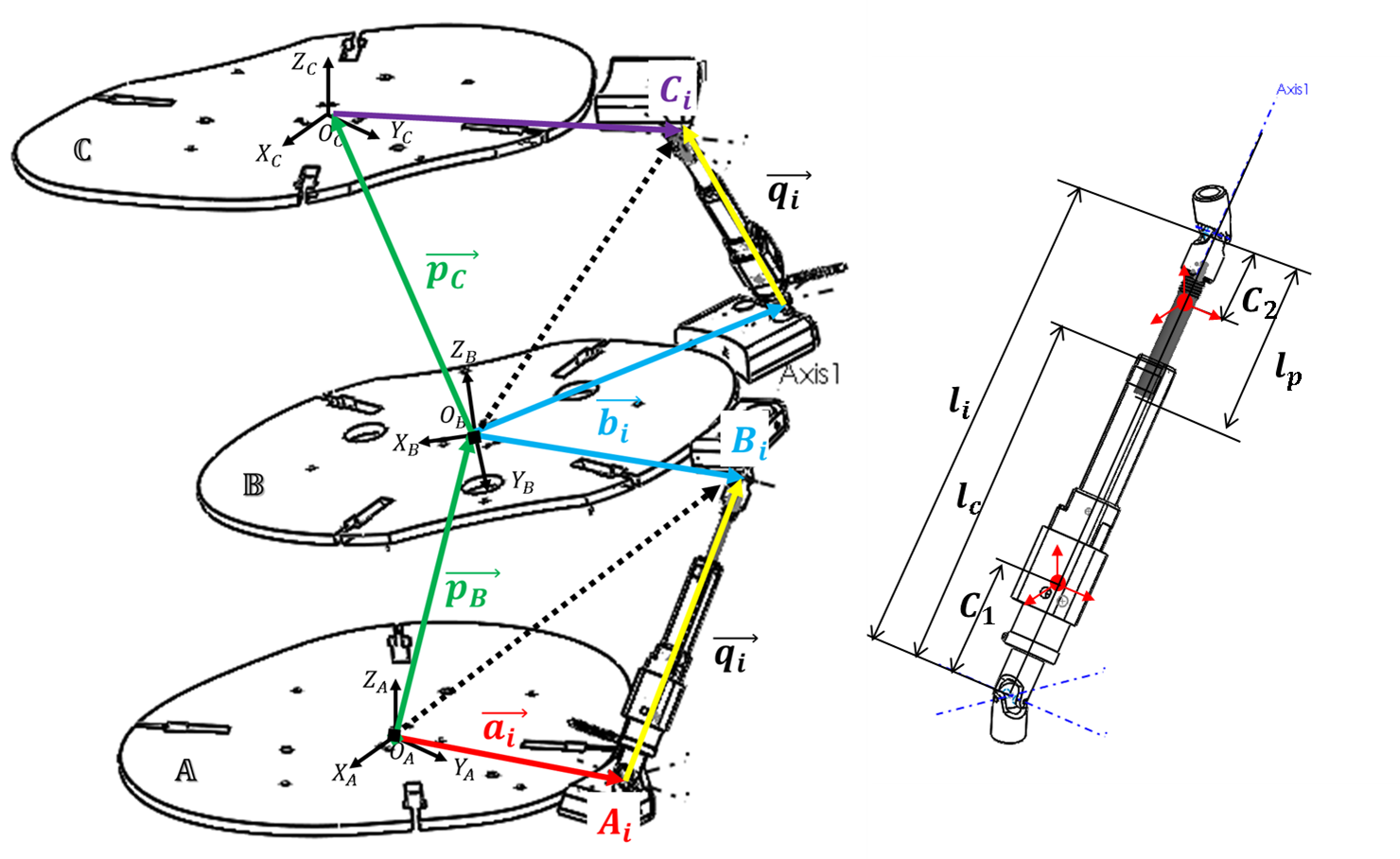 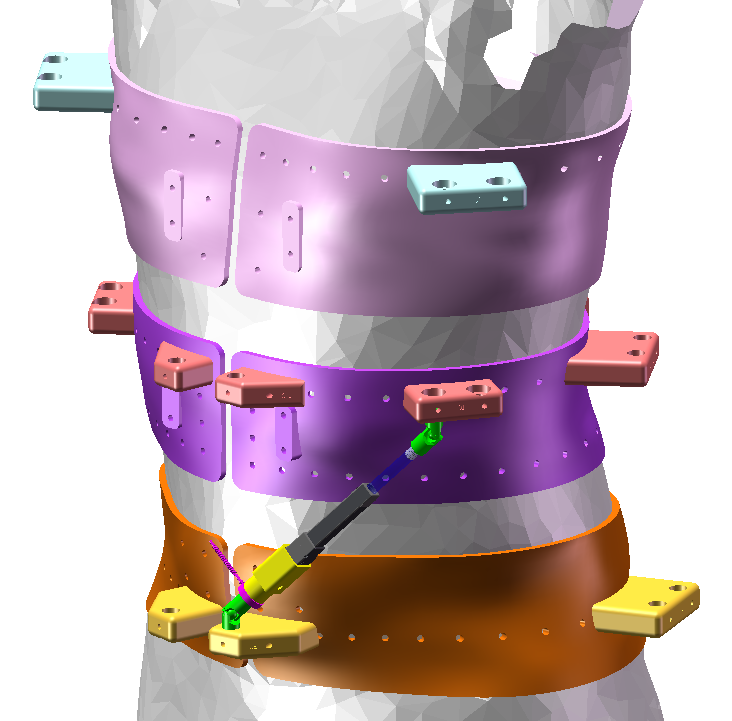 CAD Design of the RoSE 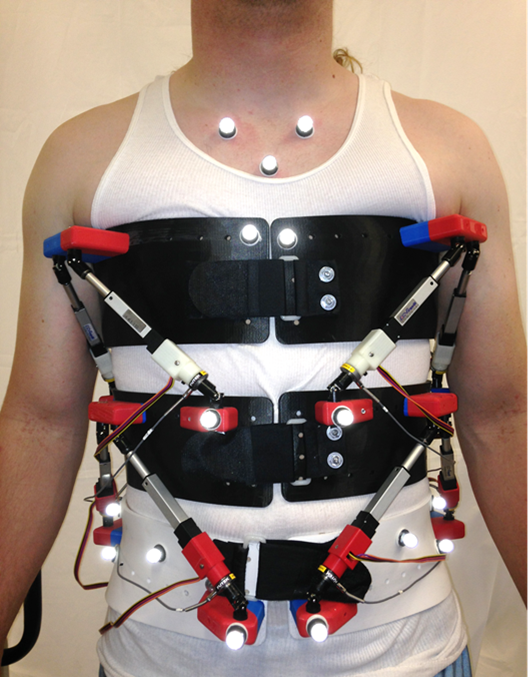 Current treatment for Adolescent-Onset Idiopathic Scoliosis (AIS) relies on rigid plastic braces which must be work for 16 or more hours per day in order to delay or prevent curve progression while the skeleton is growing.  These braces can be thought of as providing position control; that is, ensuring that the spine remains in one specific configuration throughout the day.  However, not much is known about the amount of force applied to the torso and transmitted to the spine through this treatment.

The Robotic Spine Exoskeleton (RoSE) project aims to improve bracing technology by controlling both position and force through a dynamic torso exoskeleton. It consists of a two-layer Stewart platform, each layer consisting of a six degree-of-freedom spatial parallel mechanism.  Each limb has both force and position sensors, which allow the device to be used in either force control or position control modes.  The RoSE has gone through several iterations, from the initial prototype, which fit an adult male, to our current version, which is designed to fit adolescent girls.