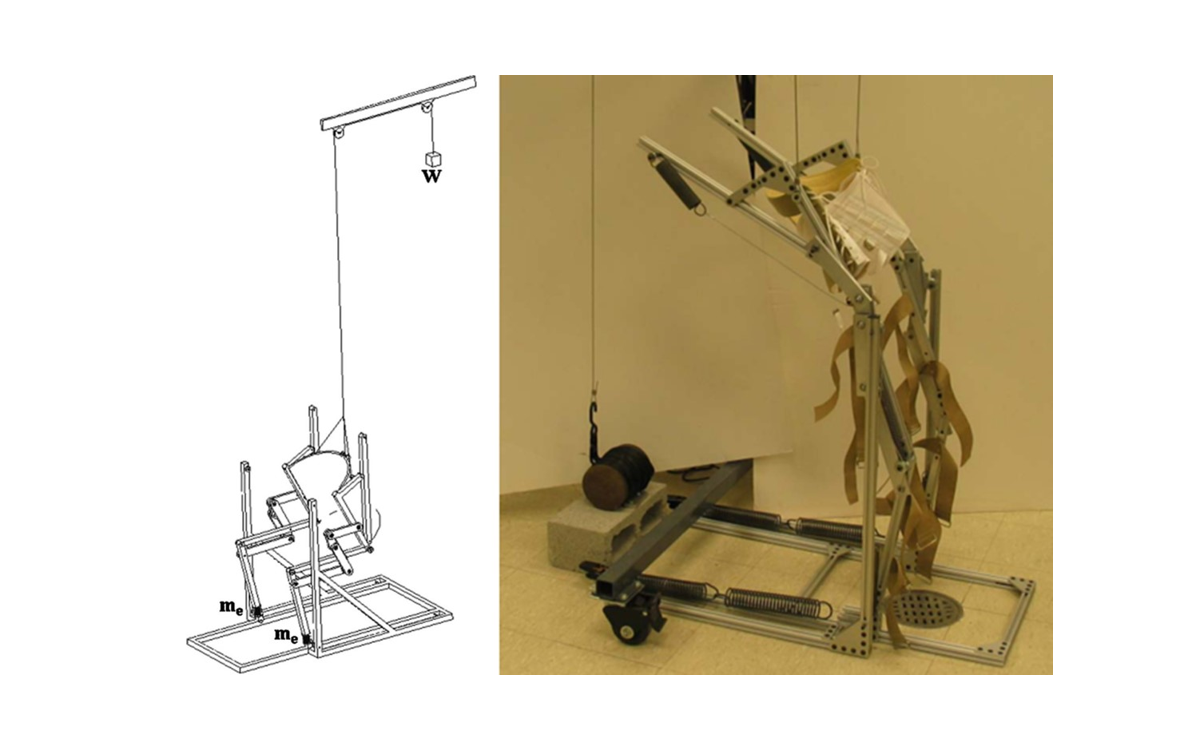 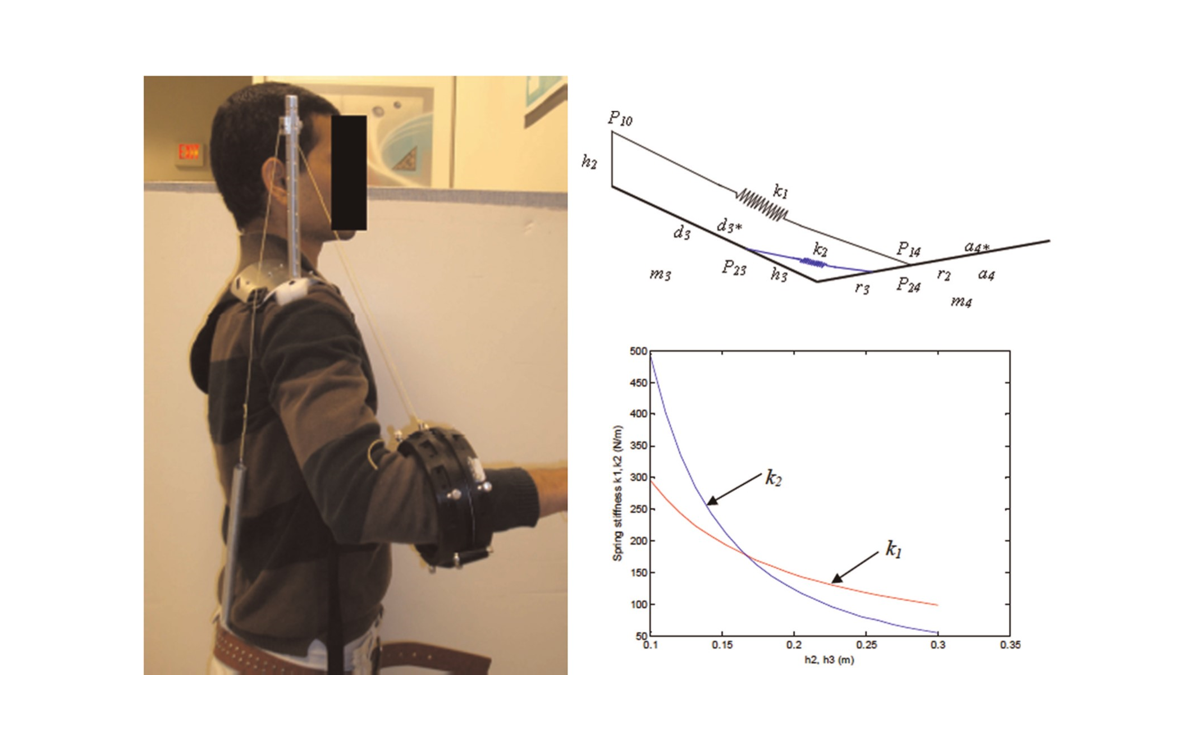 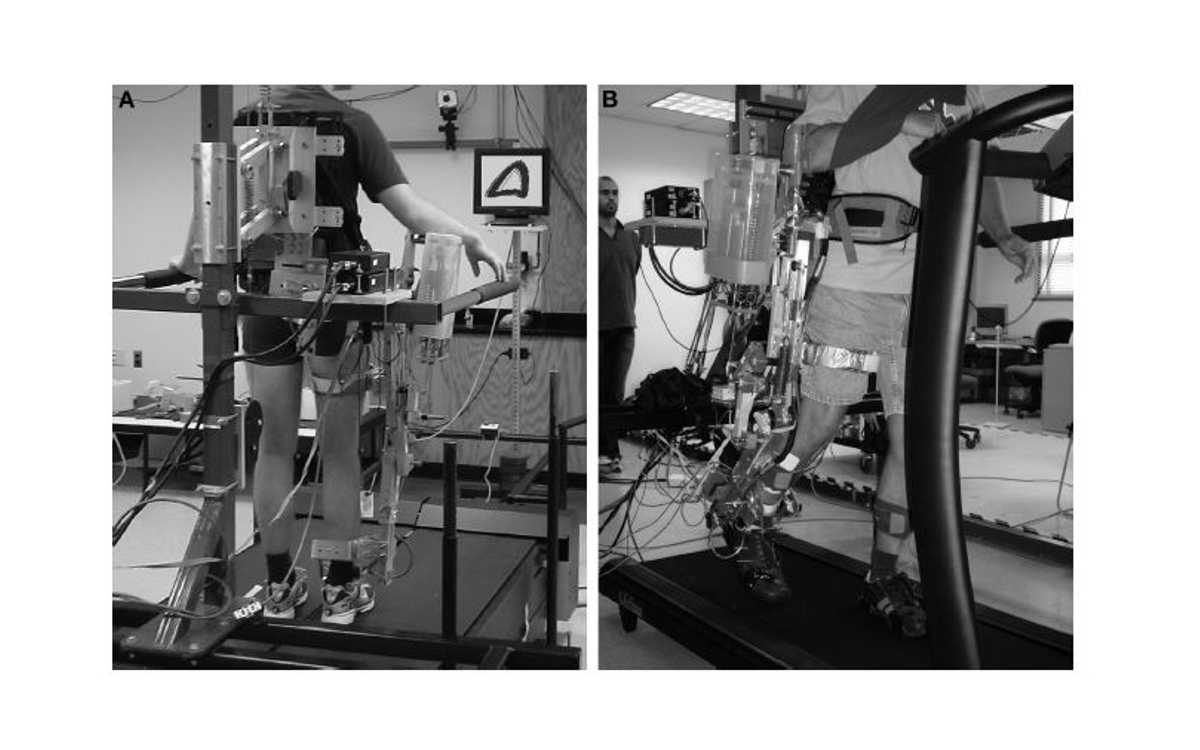 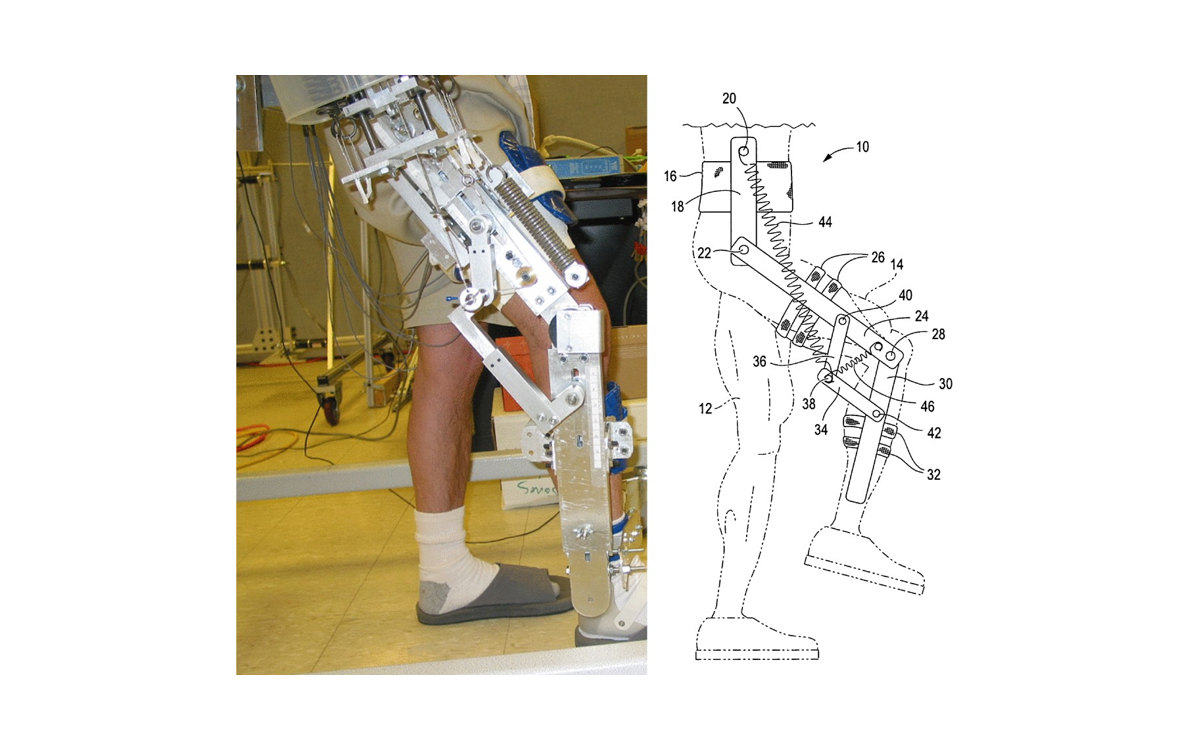 We present gravity balancing designs for two and three links planar chains using non-zero free length springs. These springs are cheaper, easily available and can be useful when complete weight balancing is not required. These designs are further optimized for spring connection points and parameters of the spring such as free length and stiffness to achieve greater balancing.

A sit-to-stand assist device can serve the needs of people suffering from muscle weakness due to age or disabilities that make sit-to-stand a difficult functional task. We design a passive gravity-balancing assist device for sit-to-stand motion. First, this passive device uses a hybrid method to identify the center-of-mass of the system using auxiliary parallelograms. Next, appropriate springs are connected to the device to make the total potential energy of the system due to the gravity and the springs constant during standing up. A prototype with the underlying principle was fabricated to test the feasibility of the proposed design.

We design a gravity balanced device to assist persons with hemiparesis to walk. The systems can be completely passive, and thus do not require any actuators. Also, the system can be adjusted to accommodate the variability in geometry and inertia of the lower limbs.

Leg-raising and walking experiments were performed on five healthy subjects and a stroke patient. Electromyographic (EMG) data of the key muscles, involved in the motion of the leg, were collected and analyzed. The results showed the decrease of EMG activity from the rectus femoris and hamstring muscles during static hip and knee flexion. The average torque at the hip joint also decreased by 61.3% during the whole leg-raising task. In the walking experiment, there was a positive impact on the range of movement at the hip and knee joints, especially for the stroke patient: the range of movement increased by 45% at the hip joint and by 85% at the knee joint.

An upper-arm wearable exoskeleton has been designed for the assistance and functional training of humans. One of the goals of this design is to provide passive assistance to a user by gravity balancing, while keeping the transmitted forces to the shoulder joints at a minimum. We perform the numerical optimization of the system for gravity balancing and minimization of transmitted forces, as well as the effect of parameter variation on joint moments and joint forces.

[email protected]
Back to Top